A bit of a beach theme here, appropriate for August. 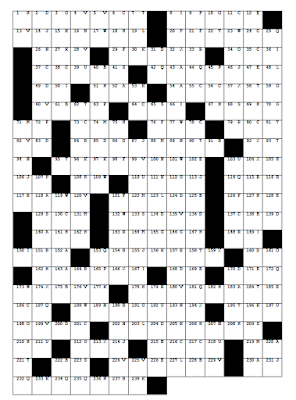 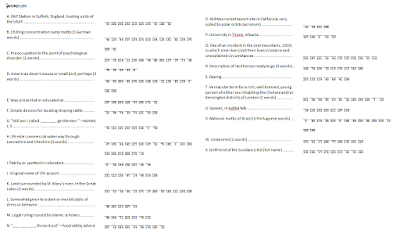 Full solution to the July acrostic

"You will stumble on secrets. Hidden all over the restaurant, Mexican oregano, as heady as pot. Large tins of Chef's private anchovies from Catalonia hidden behind the bulk olive oil. Quarts of grassy sencha. Ziplock bags of masa, bottles of sriracha. Bars of chocolate slipped between books in the manager's office."

I didn't know until I checked word X that it happens in many Italian cities, and not necessarily a horse race. I was used to the Siena version, celebrated twice a year, in which the 17 Contradas of the ancient city compete, ten at a time. The jockeys do not necessarily live in the Contrada they represent.
Posted by expat at 9:14 AM No comments:

Partial solution to the July acrostic

These are the really nasty words from the word list:

Unfamiliar words in the diagram are:

This month's puzzle is exceptionally difficult, with unfamiliar words both in the diagram and the word list. In a few days I'll publish a partial solution, giving away the most unfamiliar words. 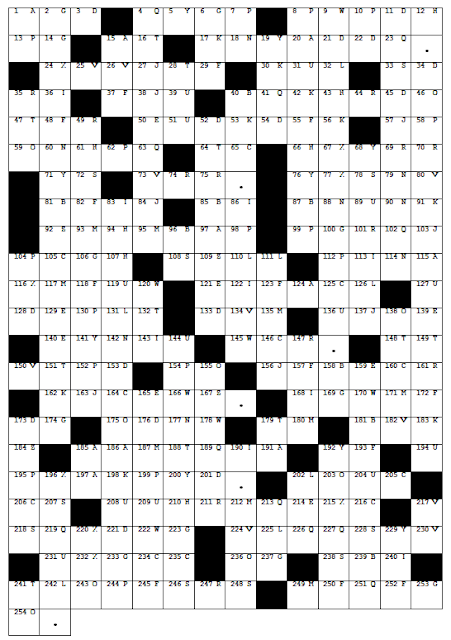 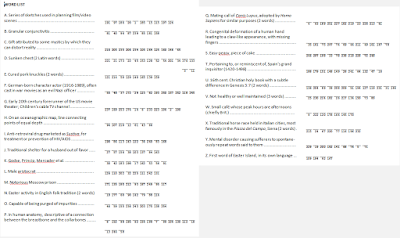 expat
I have some expertise in the fields of spaceflight, oenology, and certain outdoor games